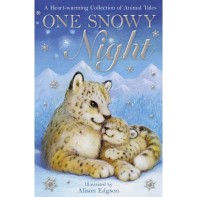 One Snowy Night is an anthology of  cosy, Christmassy, feel-good stories for young children, all about animals. In my story, a rescued cat finally learns to trust again, with the help of magic at midnight.

For The Smiling Stones, I drew on my memories of growing up in Libya, near the fabulous ruined cities of the Ancient Greeks and Romans.  The plot is based on the exploits of the real-life figure, Giovanni Belzoni, a circus strong-man who brought some of the British Museum’s most famous treasures to England – but this is the story of the statue that got away! The main character is an Egyptian boy who won’t accept that his favourite, beloved statue is going to be taken to a far-away country where he will never see it again – so he fights, with all his intelligence and bravery, to keep it. 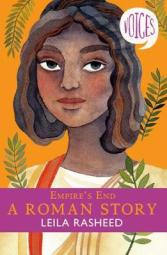 Empire’s End is the story of Camilla, a Roman girl from Leptis Magna, who travels to distant Britannia alongside the Roman Emperor Septimius Severus. Based on real-life events, it is about physical and emotional journeys, child migration, and growing up between worlds. It’s also a snapshot of life at a turbulent time for the Roman Empire: Camilla doesn’t realise that her world is about to collapse around her. What happens when everything changes? How do you make a new life in circumstances you never expected to face? And what story will you leave behind you? 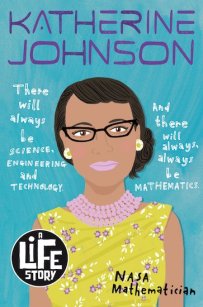 “This accessible, compelling and inspiring biography is a must for anyone interested in space, science, mathematics, social history or human rights.” – Book Trust review: https://www.booktrust.org.uk/book/k/katherine-johnson-a-life-story/

“(Katherine Johnson)… fits into a social milieu which makes her achievements so much more extraordinary and so much more significant.” – The Letterpress Project review: http://www.letterpressproject.co.uk/inspiring-young-readers/2019-12-03/katherine-johnson-a-life-story

A Life Story: Katherine Johnson was an absolute joy to research and to write. Katherine Johnson grew up an intelligent, Black American in the age of segregation. Her talent for Mathematics and her determination to succeed took her to work at NASA, where she was responsible for planning not just how to get men into space and onto the Moon, but also how to get them back safely to Earth. A final chapter looks at the future of space exploration and there are also plenty of activities to try out at home or in the classroom, plus a playlist of songs to inspire readers even more!

Chips, Beans and Limousines was my first published book. It was translated widely, into French, Polish, Spanish and Greek as well as an American edition. Two sequels followed Bathsheba Clarice de Trop on her catastrophic, hilarious adventures. Read more at Usborne’s website. 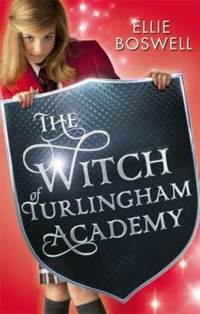 I wrote The Witch of Turlingham series under the name Ellie Boswell. When witches and witch hunters go to war, best friends are caught in the middle! There are seven books in the series. “The Witch of Turlingham Academy is full of mystery and magic, and a very cute squirrel called Gally. With themes of friendship, loyalty and breaking down barriers, it’s an enjoyable start to a new fantasy series. Tween fans of The Worst Witch series or The Chocolate Box Girls will love it.” – from the Book Trust review of the first book, full review here: https://www.booktrust.org.uk/book/t/the-witch-of-turlingham-academy/ 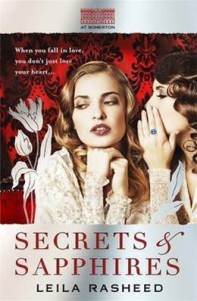 The At Somerton books are a mixture of heady romance, period drama and historical detail. “Yet although in many ways Secrets and Sapphires is a pleasingly frivolous read, Rasheed incorporates some more challenging and thought-provoking elements too, questioning Edwardian attitudes to race, sexuality, class and gender roles, as well as providing plenty of fun. ”  -from  a Book Trust review of the first book in the series, Secrets and Sapphires (Cinders and Sapphires for American readers!). Full review is here: https://www.booktrust.org.uk/book/a/at-somerton-secrets-and-sapphires/

Over to you Cancel reply